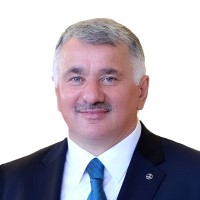 CEO / Member of the Board

Bilal Ekşi graduated from Yıldız Technical University, the Department of Electronics and Communications Engineering in 1989. Starting his career in 1989, Mr. Ekşi worked as an Electronics and Communications Engineer at Turkish State Railways and thereafter, he was assigned to the position of Workshop Manager at Istanbul Ulasim A.S., and he played an active role in realization of significant transport projects.

As the Head of Overhaul Workshops at Turkish Airlines Inc., Mr. Ekşi carried out the duty of maintenance of aircraft engines, landing gears and all components between 2003 and 2005. In 2005, he has been assigned as the Chief Ground Operations Officer at Turkish Airlines Inc. Mr. EKŞİ accomplished significant projects, particularly in improvement of the on-time departure performance during his tenure.

Having served as the Chief Production Officer at Turkish Technic in 2008 and 2009; and as the General Manager of Cyprus Turkish Airlines as part of the reorganization of Cyprus Turkish Airlines in 2010; and as the Executive Vice President at "Turkish Engine Center (TEC)", established by the Joint Venture of Pratt Whitney, the American Engine manufacturer, and Turkish Technic Inc. between 2010 – 2011; Mr. Ekşi was assigned as the Director General of Civil Aviation in April 2011. During his tenure as the Director General of Civil Aviation, Turkey has been reelected as a member of Council of International Civil Aviation Organization (ICAO) 66 years later its pervious membership and has become one of the 36 members in ICAO’s decision-making platform. 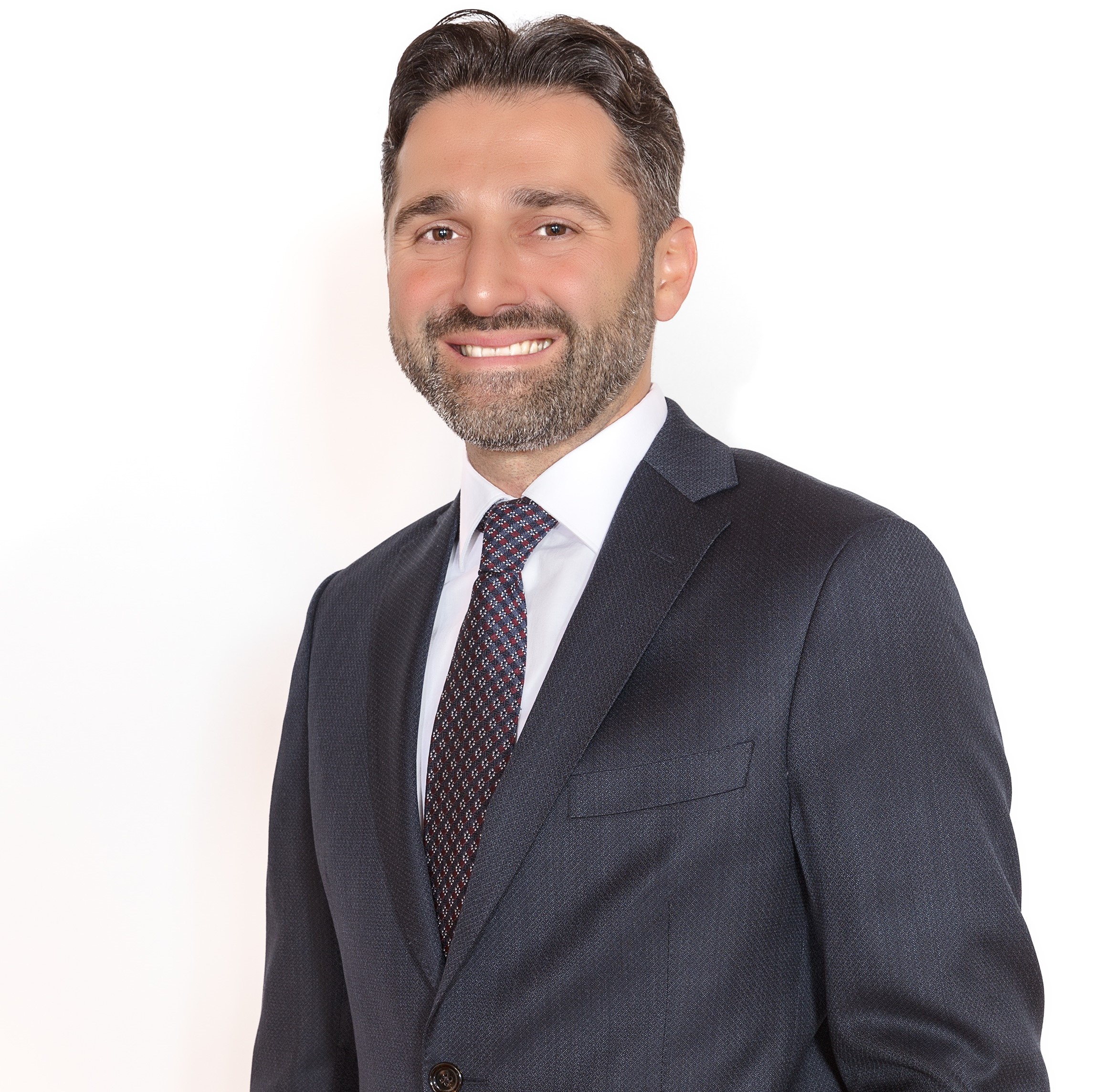 Assoc. Prof. Dr. Şeker worked as an analyst at Global Indicators Analysis Department between 2008 - 2011 and as an economist at Innovation, Technology and Entrepreneurship department between 2011 - 2013 under the Financial and Private Sector Development Vice Presidency of World Bank, USA. During his tenure at the World Bank, he was responsible for operational project management; production of reports and research publications on innovation and entrepreneurship ecosystem, international trade; and development of economic policies that contribute to the growth of developing countries.

Between 2015 and 2018, Assoc. Prof. Dr. Şeker lectured as part-time professor at Boğaziçi University, Faculty of Economics and Administrative Sciences and received Associate Professorship title in October 2018.

Born in 1980 in Istanbul, Ahmet Olmuştur completed his primary and secondary education in Istanbul and then received his bachelor’s degree in business administration from the Marmara University School of Business. He went on to complete his graduate studies with an MBA from Long Island University Brookville (New York), after studying at the European Business School (London) and Pole Universitaire Leonard de Vinci (Paris).

He began his career working part-time at the Turkish Airlines call center in 2000. After completing his graduate studies, he continued his career as a flight analyst in the Department of Revenue Management, after which he served in a number of roles working with General Distribution Systems, Revenue Management and Pricing in the same department. He was later appointed Head of Revenue Management. Since 2014, he has been serving as Deputy General Manager Chief Marketing and Sales Officer. He is also a member of the Sunexpress Board of Directors and the Audit Committee.

Mr. Olmuştur is in charge of planning and implementing the flight network for the main Turkish Airlines brand and is responsible for planning scheduled flights as well as additional flights, for setting and optimizing ticket prices, for sales and sales channels, marketing, customer experience, Miles&Smiles and corporate communications.

Ahmet Olmuştur is fluent in English and speaks Arabic at a beginner level. He is also able to read and write Ottoman Turkish. Mr. Olmuştur is a member of the Board of Directors and Board of Trustees at Prof. Dr. Fuat Sezgin Research Foundation for the History of Science in Islam. He is married and has three children. 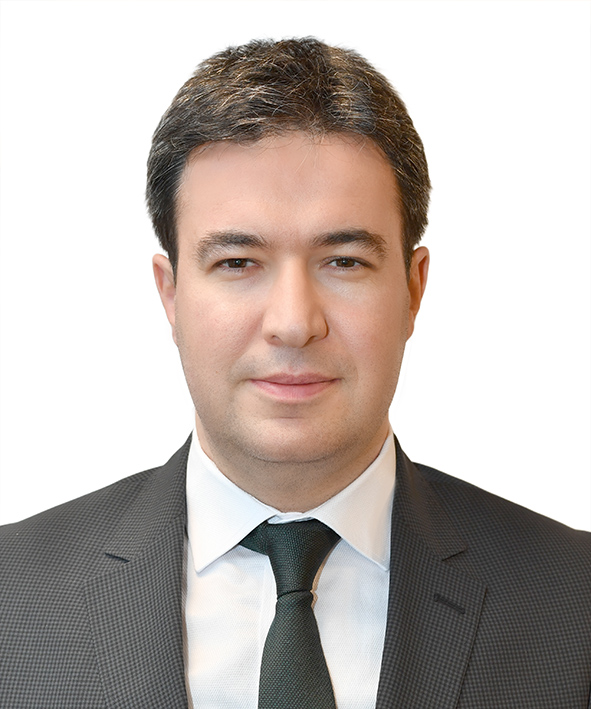 Mr. Kerem Sarp was born in 1976 in Amasya, Turkey, and received his Bachelor’s degree in Finance and Accounting from Izmir Dokuz Eylül University. After graduation, Mr. Sarp started his early career as a Finance and Accounting specialist at TNT Cargo and Bilginler A.S. between 2001 – 2005. Then, he joined Turkish Airlines as a Sales and Marketing specialist in 2005. In 2009, he was assigned as General Manager of Venice, Italy. Mr. Sarp was appointed as Vice President of Sales and Marketing of South Europe in 2014 and then, in 2015, he worked as Senior Vice President of Sales (II. Region) until 2022. In February 2022, he started serving as Chief Commercial Officer.

Mr. Sarp is fluent in English. He is married and has two children. 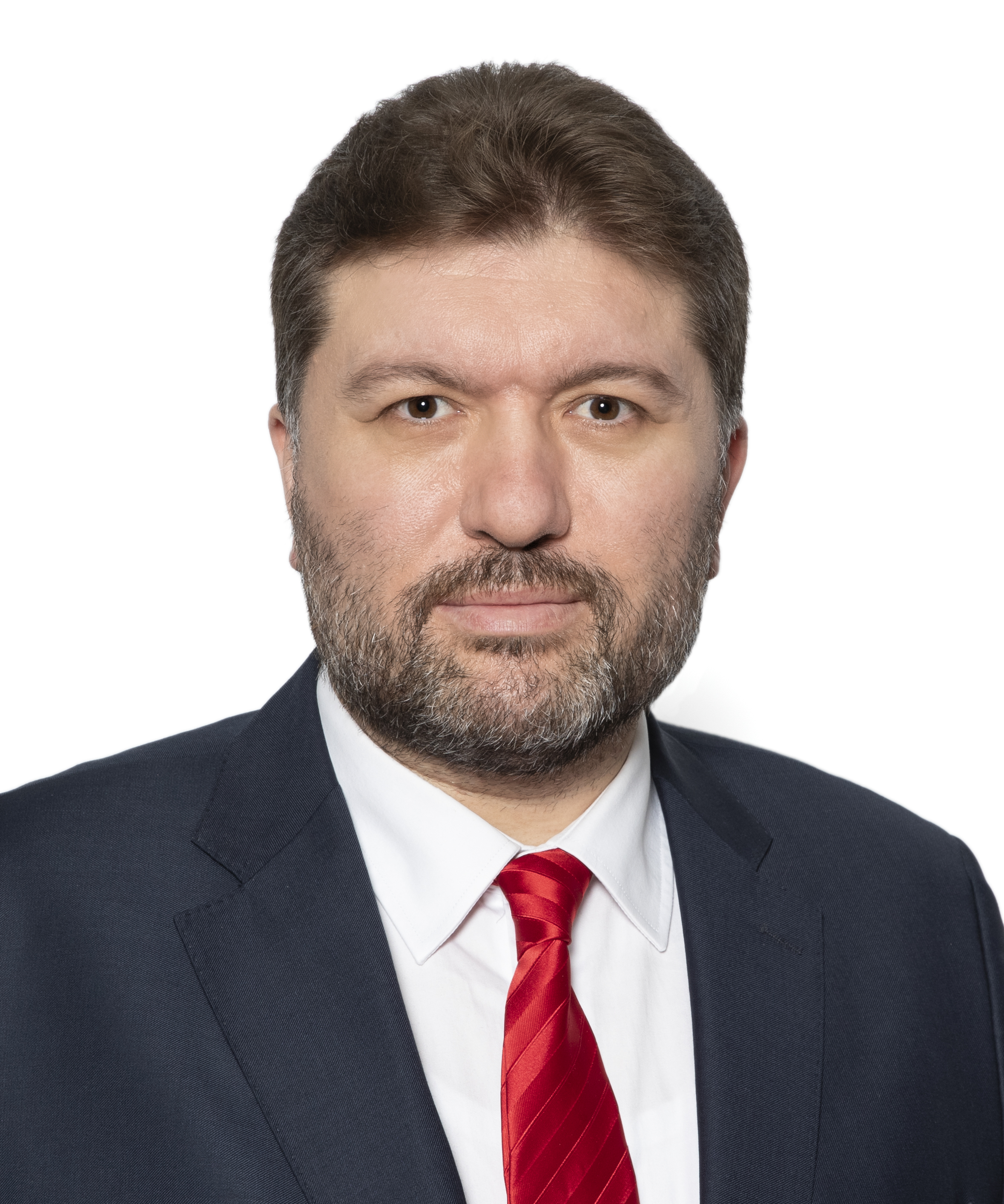 Mr. Levent Konukcu was born in 1975 in Eskişehir, Turkey and received his Bachelor’s Degree in Aeronautical Engineering from Istanbul Technical University.

Mr. Konukcu started his early career working as an engineer in several midsize companies. He started his career at Turkish Airlines in 2003 as an engineer in the engine shop under the management of Chief Technical Officer and beginning in 2004, he continued to work as an engineer under Strategic Planning Management. In 2009, Mr. Konukcu was appointed as the Fleet Planning and Aircraft Acquisition Manager and served as the SVP of Investment Management between 2012 and 2020. With his career of almost 17 years in Turkish Airlines, he took part in the preparation of the Company’s strategical plans, investment plans and fleet plans. He also played an active role in the leasing or purchasing of nearly 550 aircraft. The number of aircraft in the Company’s fleet rose from 65 aircraft in 2003 to 365 aircraft in 2020 when he left the Company. Mr. Konukcu played a significant role in the establishing of the Flight Training Center which would reach the capacity of 29 flight simulators and the Flight Training Academy which had 27 training aircraft. Mr. Konukcu also coordinated the move of the passenger operations from Atatürk Airport to Istanbul Airport, which was completed in 2019.

Mr. Konukcu served as the Vice President of Strategy and Affiliates Management in Turkish Aerospace Industry between September 2020 and January 2022. He also served as the acting Vice President of Corporate Marketing and Communications for about 2.5 months. In this period, the 10 year strategy plan of the company was prepared and process improvement activities were expedited.

Mr. Konukcu is fluent in English. He is married and has three children.

Born in 1981 in Amasya, Turkey, Abdulkerim Çay holds a degree in Political Science and International Relations from Boğaziçi University in Istanbul.

Beginning his professional career in the Prime Ministry of Turkey as a Press and Public Relations Advisor in 2004, Çay took part in the establishment of the Prime Ministry Investment Support and Promotion Agency of Turkey (ISPAT) in 2006 where he held senior positions including Vice Presidency until he left for private sector in 2010.

Çay served as an executive in various companies before assuming the position of Chief Human Resources Officer at Turkish Airlines in April, 2015. He also currently serves as a member of the Board Directors of Aydın Çıldır Airport and the Board of Directors of Turkish Cabin Interior-TCI.

Fluent in English and beginner in Arabic and French, Çay is married with four kids. 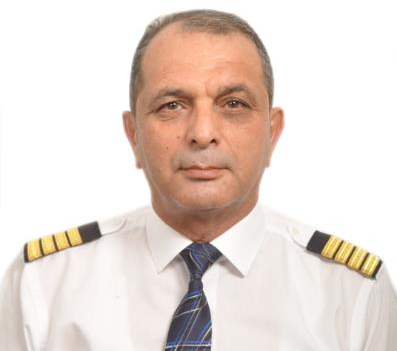 Mehmet Kadaifçiler, who was born in Konya in 1963, completed his undergraduate education in the Turkish Air Force Academy, Department of Aircraft, and graduated in 1986.

Between 1986 and 2000, he served as a jet pilot and an instructor pilot in various units of the Turkish Air Force.

He completed his master's degree at the Air War College between 2000 and 2002. As a Staff Officer, he retired in 2005 after serving as a Squadron Commander and working in the Turkish Air Force Headquarters Flight Training Department. He joined Turkish Airlines as a First Officer in 2006 and was appointed as a Captain Pilot in 2009. 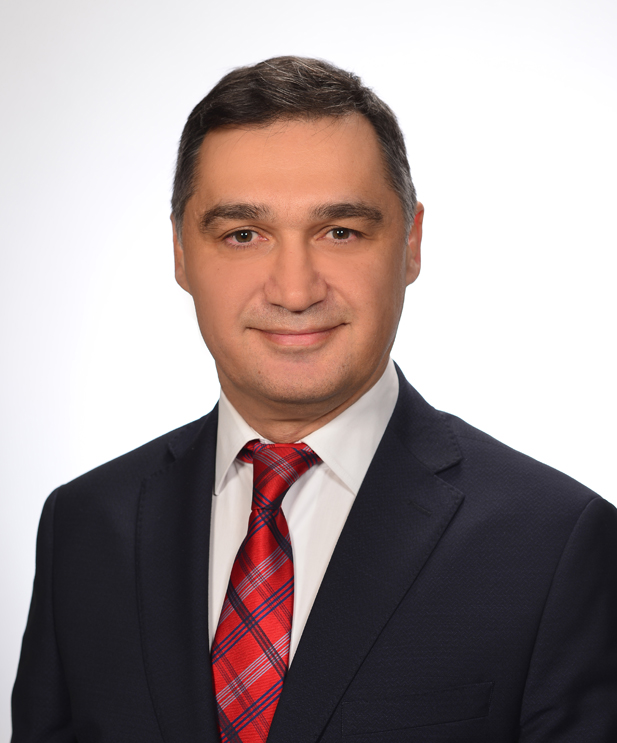 Dr. Kerem Kızıltunç earned his Bachelor’s Degree and Master’s degree in Computer Engineering from Boğaziçi University in 1996 and 1999, respectively. He earned PhD in Business Management from İstanbul Bilgi University in 2019. He started his early carrier as Software Development Engineer in Bilko Otomasyon between 2008-2009. Dr. Kızıltunç worked as Software Development Engineer at Teradata between 1999-2003 and Microsoft Development Center between 2003-2006 in Denmark. Then, he was promoted as Senior Development Leader at Microsoft Development Center.

Dr. Kızıltunç joined Turkish Airlines as Vice President of IT in 2009. In the period of his vice presidency, he built an 8-year roadmap for the domain solutions, technology modernization, and new business projects and he leaded numerous strategic projects. After serving as Senior Vice President between 2013 – 2016 at Turkish Airlines, Mr. Kızıltunç served as Director in Enterprise IT department between 2017 – 2022 at Turkcell.

Fluent in English and intermediate in Danish, Dr. Kızıltunç is married with two children.

Turhan Ozen’s near 30-year work experience involves sales, marketing, business development, logistics and supply chain related areas. After graduating from Galatasaray High School, he began studying at the Department of Management at Bogazici University. Later, he got his Executive MBA at Koç University.

He started his early career as the manager of the sales and logistics departments for the Koç Group’s affiliates in the automotive sector where he later became logistics manager. He worked as the Distribution Operations Group Manager and Operations Director at TNT Logistics, where he had been involved since its establishment in Turkey.

Between 2012 and 2014, he was occupied as Vice President of Business Development & Sales at CEVA Balkans-Middle East and Africa Region.

Later in 2015, he was appointed to the position of CEVA Global Health Sector President. He served as the Managing Director of CEVA Logistics Middle East and North Africa region until he joined the Turkish Airlines family in December 2016. He is acting as Chief Cargo Officer, in charge of Turkish Cargo and board member of We World Express and several other industry affiliates.

He is married with two children.