Industry Developments and the Forecast for 2020

Thanks to the passenger demand growth starting from middle of 2017, airline companies’ load factor has increased and as a result, their profitability has affected positively. According to International Air Transport Association (IATA), it is expected that 0.4% of world Gross Domestic Product, corresponding 340 billion American Dollars, will be spent on air transport in 2020. This amount is 61.2% lower than expenditure on air transport in 2019. This is due to the significant impact of COVID-19.

Together with increasing volume of e-commerce, aviation sector has showed significant improvement not only on passenger side but also on cargo side as well. Airline industry makes a huge contribution to development of global economy due to the increasing number of connections and falling air transport cost. According to IATA, compared to 21 years ago, the number of unique city pair connections more than doubled by exceeding 21,000 and real air transport costs have been more than halved in 2019. Better performance of the industry provides substantial advantage to the companies within the sector and also the governments. However, according to IATA, the number of unique city pair connections will drop to 14,765 levels in 2020. As of late-November, airlines worldwide are estimated to have received 173 billion American Dollars of government aid.

In 2019, a higher capacity has increased fuel expenses, despite the lower fuel prices. Fuel expenses are the biggest operational cost item in the airline industry. In 2020, fuel expenses are expected to decline around 71%. Airlines companies, which focused on fuel efficiency, has replaced the high fuel consuming old aircraft with the fuel-efficient new aircraft. In 2020, commercial airlines are expected to take delivery of 800 new aircraft, which is around 50% lower than originally planned. In the wake of these deliveries, sector fleet structure have become more fuel efficient and younger. According to IATA, Airlines will have less of an incentive to retire old aircraft in the current business conditions and with supportive low fuel prices. 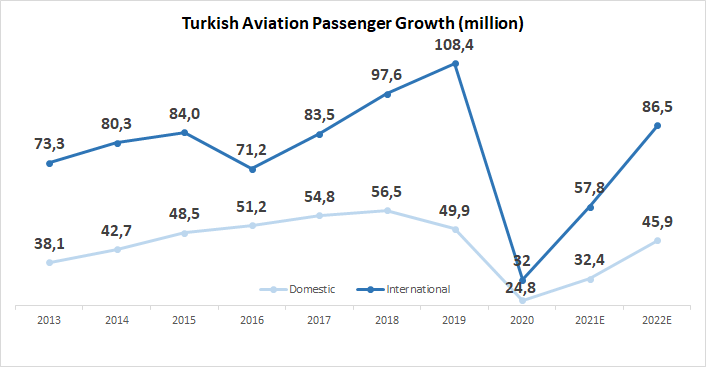